Prime Minister of the UK David Cameron had a working lunch with Angela Merkel in Berlin ahead of the upcoming G7 conference in Germany. The press conference focused of course on the EU – Cameron’s plans and the upcoming referendum. Journalists seemed mostly to care about FIFA and the World Cup, for a change. More of him in a few weeks when he’s back with The Queen. 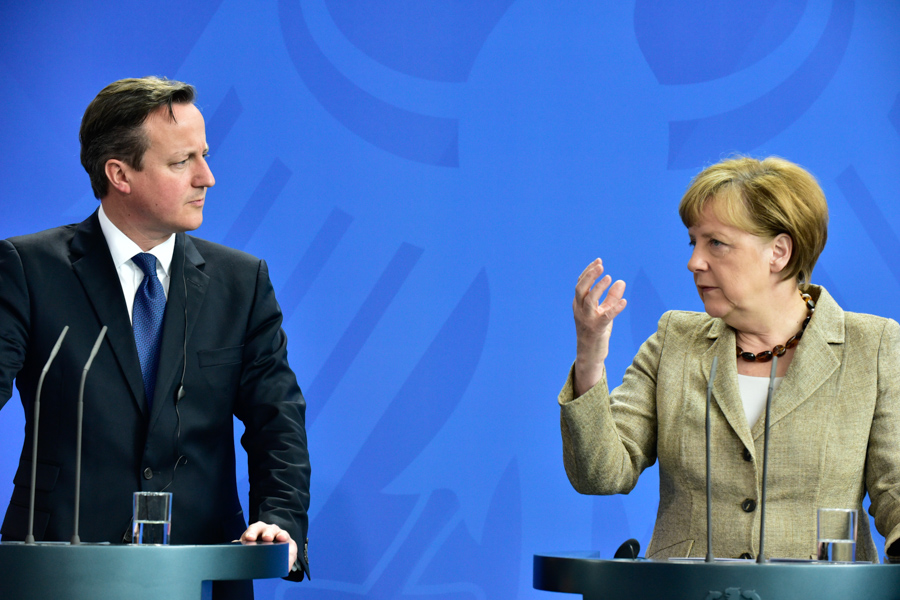 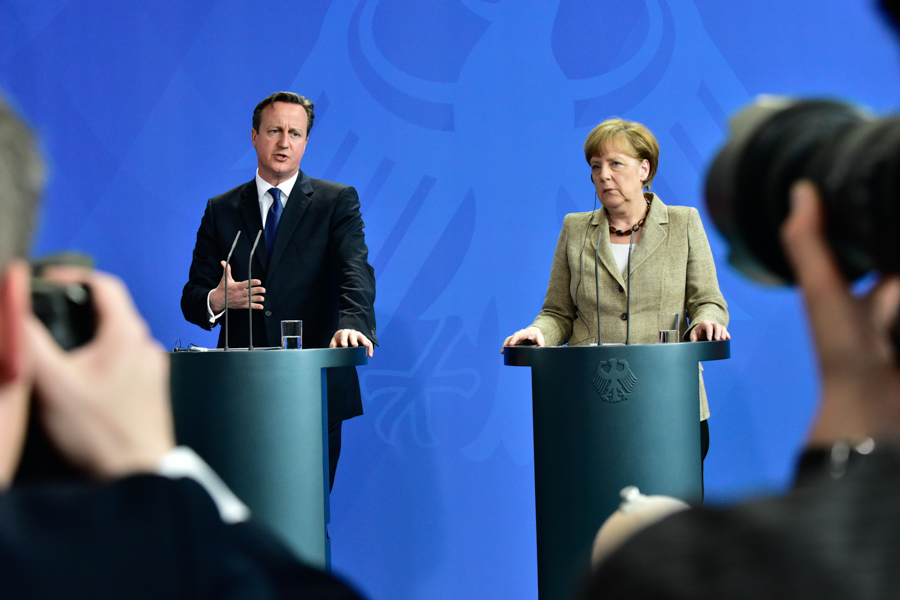 Angela Merkel and David Cameron, from the 2nd row. That’s the view you get when you are late. 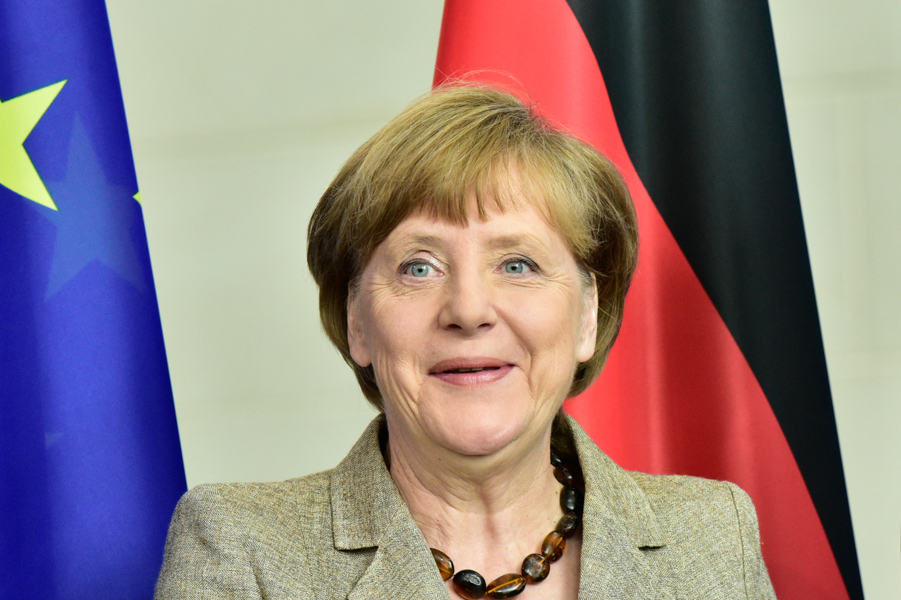 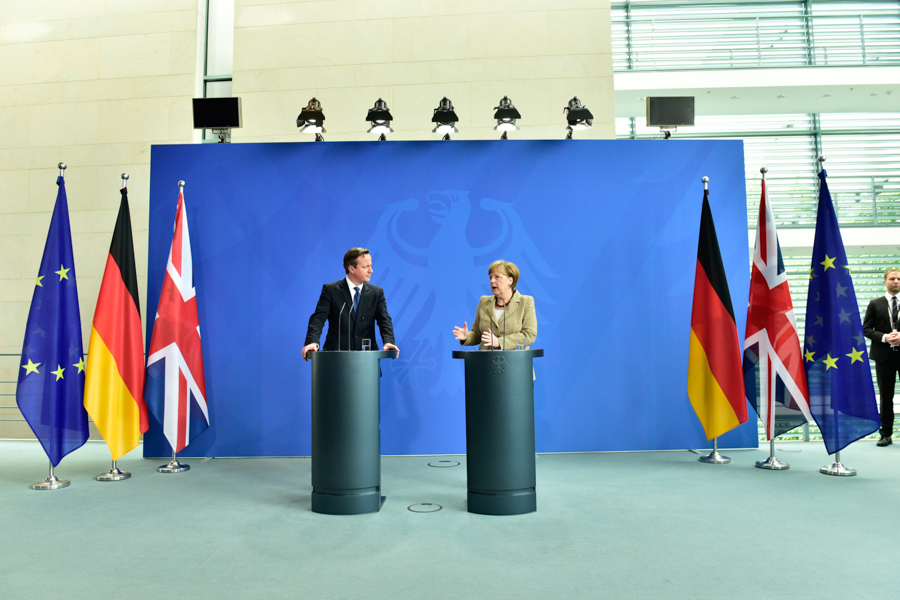 Angela Merkel and David Cameron chatting amongst the Union Jack, the German flag and yes, the EU’s stars.